When I took over as Head Coach in February of 2013 I knew the rebuilding of the Tomahawks was
going to be a process and not a quick fix. I was fortunate that I had the support to put the plan into
place and basically start the club over.

In 2013 we focused on solidifying the roster for our seniors while trying to jump start our junior
program. With our successful 2013 junior seasons (16-5 overall record) I knew the future was there for
the club if we could give them time to grow and not rush them into the senior roster. So 2014’s focus
was on starting the seniors on a path to contending. With a dedicated group of returning players
bolstered by a successful recruiting season we exceeded expectations, going from 1-9 in 2013 to 11-1
and 1st place in our KL qualifying group. The stage was set for a very challenging 2015 season as we
were going to jump up in level for both our senior and U19 programs. While our foray into JNL
football was not successful on the field what we did learn was we had a core of players who were
dedicated and could be counted on to play “team first'” football. So their season ended successfully as
members of our senior team, finishing as the #1 seeded team coming out of the KL.

I entered this project with 14 senior players and 12 juniors. As of today our senior team is closing in on
50 players with a full compliment of juniors ranging from U19 to U12. The future is bright due to the
dedication and the commitment of our players. And after 3 years of getting help behind the scenes it is
time for these players to have a full coaching staff to help them take the next step, the step toward the
National League.

I am proud to announce the official promotion of 5 playing coaches, and official hiring 3 non-playing
coaches to our staff. They will work along side me in developing our players in the Tomahawk Way.
The offensive playing coaching staff will include Morten Baun Larsen (WR Coach), Rasmus Carøe
(RB Coach/Run Game Coordinator), Brian Pilgren Mortensen (OL Coach), and Kasper Westergaard
Sørensen (QB Coach/Pass Game Coordinator). These coaches bring years of experience from the
Danish National Team, the Danish National League, and more important the Tomahawks.
The defensive playing coaching staff will include Matias Bayer Nielsen (LB Coach/Defensive
Coordinator) and Peter Threms Kristensen (DB Coach/Defensive Coordinator). Like the offensive player coaches they bring dedication and a true sense of team spirit as leaders both on and off the field.
Rounding out our coaching staff are relative newcomers to the Tomahawks but in the time that I have
worked with them they have exhibited all of the characteristics I look for in assistant coaches. Carsten
Smidt joined us prior to last season after a hiatus from coaching bringing years of experience playing
and coaching for some of Denmark’s most storied clubs. As Defensive Quality Control Coach he has
instilled toughness and a workman’s attitude to our defensive front. Also joining/returning to us this
season are Henry Miller and Jakob Brinkløv. Both Henry and Jakob have worked with us before
during our successful junior partnership with the Amager Demons in 2013 and 2014. They will be
helping us bridge the gap between our junior and senior programs while helping us jump start our new
project, our JV Team.

Rounding out our coaching staff is our new Youth Director Casper Blomgren. On game days he will
act as Head Coach for our U16 and U14 teams, and off the field he will be leading our recruiting efforts
to continue the rebuilding process with our juniors.
Over my last 10 years as a Head Coach I have found myself in a position where I have shouldered a
lion’s share of the work. One of the great things about being a Tomahawk is that I am surrounded by
people who not only willing to help, but do so with the same unwavering dedication that I have tried to
instill in this club. Now as Sports Chef I feel it is my duty as I take one small step back and give up
some of my (some would say too many) responsibilities that I take on new responsibilities in my new
ever expanding role on the administrative side. And I do so gladly and willingly. I owe it to my
players and my club to give 110% of myself.
Here’s to a successfull 2016 and a continually brightening future for the Copenhagen Tomahawks. 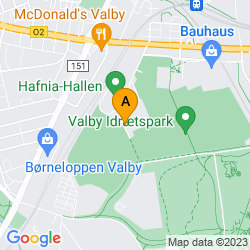